Just a wee message
about the mittens,
for Julie:)
The mittens were knitted from a fabulous book,
called,
''Knitting Little Luxuries''
by
Louisa Harding.
I got the book back when I had the shop,
and for some strange reason,
it just never quite made it out onto the shelf for sale!
Can't imagine why not,
must have got accidentally lost in the back room :)
Oh, and then I found it :)
It's truly gorgeous -
it shouldn't be too hard to find a copy of it -
it was published in 2007
through Interweave Press.
You'll love it :) 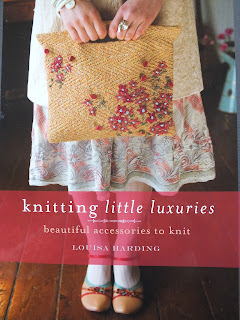 Good luck, and happy knitting.
Jenny﻿
Posted by Jenny at 10:49 AM 4 comments: 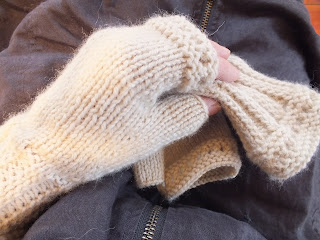 ... and they are luverly,
'cos now I have warm fingers again.

Yesterday I played with a piece of embroidered linen
I had collected somewhere along the way,
and fossicked through my ''scraps''
to make a random log cabiney cushion cover.
Quite like the idea of no measurements,
no rules,
make it up as you go.
Think I might make some more :) 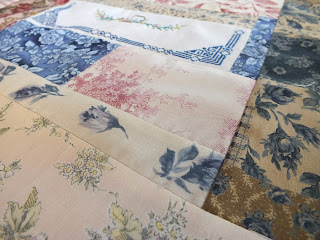 The sun is shining today,
but blimey has it been chilly here these last few days.
Keep warm,
and keep stitching (knitting).
See you
Jenny
﻿

I've just finished making a pair of these
for the studio ...
so cute... 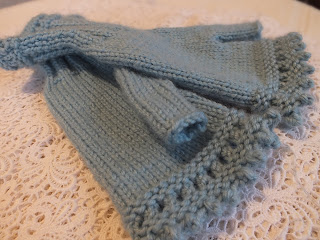 Tonight I'm going to make another pair,
for me,
in cream,
alpaca and wool,
and tomorrow or the next day,
I will have warm fingers again.
In the last 24 hours,
autumn has gone,
winter has arrived,
and flipping heck it's cold!!!
But winter's okay -
cosy knitted jumpers,
nights by the fire,
soup and toast,
and lots and lots of stitching and knitting time :)
Keep warm.
See you later
Jenny 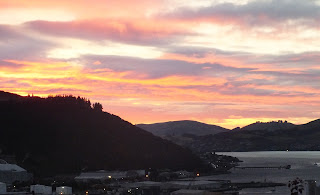 Was running a little late this morning,
cos it's not so easy to "bounce" out of bed
these chillyish mornings,
I struggle a little with the inner demon,
that says ...
''Go on ...
hit the snooze button one more time,
I dare you..."
And so you do,
and then you are,
late,
that is!!!
Thankfully it's was just the child's breakfast
at stake this morning,
and he's even worse than me
for getting going in the mornings!!
So I knew with complete confidence,
that no matter if I did hit the snooze button once,
or maybe twice,
that I would still beat him downstairs.
Now that I've had a cuppa,
and another,
I'm ready to get going!!
This was the gorgeous sight that greeted me
when I did eventually get up!!
Have a fabulous day,
it's feeling like a good one :)
Jenny

Over the past couple of months
I've been busily making things,
finding vintage treasures,
and because I am a complete fabric addict,
buying more of it for the studio.
You can see what I've been doing over there.
I probably wont be posting here quite so much just now,
I think I'll do it over on the studio blog
so I hope you'll pop over and have a wee look every so often :)

I bought these gorgeous pansies yesterday,
couldn't resist the colours...
they will look so beautiful
by my new step :) 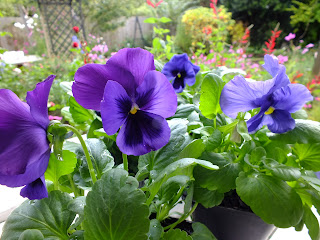 I have some bits and bobs lined up in the sewing room,
ready to make,
so think I will put the kettle on,
and go ''make'' them.
See you later
Jenny

I built a step this week!
Been wanting to do this for ages,
but to be super honest,
I really wasn't sure that I could do it.
My preferred tools of trade are definitely a needle and thread,
not hammer and nails.
It's all to do with the studio
that's starting to happen.
I wanted to have a really pretty entrance,
and this is what it looked like ... 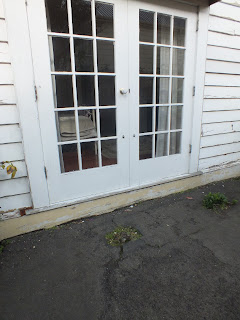 Very very blah!!
So
I raided the child's shed
and got out these... 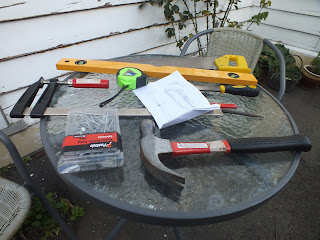 That piece of paper in the middle
was my pattern.
So,
with tools assembled,
and a quick trip to the hardware store for some timber,
I figured,
how hard could this be??
I picked up my pattern,
and pondered what to do next over one of these ... 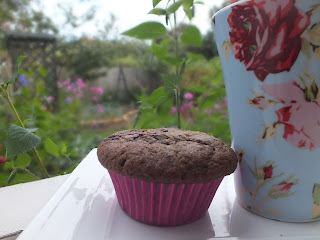 And then I started !! :))
Yeah - perhaps not quite as easy as I thought,
and certainly there were a few ''tense'' moments
when the child thought he knew better,
and we agreed to disagree until he realised
that I was right
and he was wrong :))
( I so love being right!)
Actually he was really very helpful,
mostly,
though I have to say
that he did start out by saying it was definitely one of my least clever ideas,
and that it was going to be incredibly difficult.
Such optimism, my sweet!!
You should know your mother better by now :) 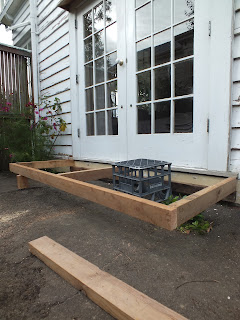 At this stage of the proceedings the child had to go to work,
and I was left to my own devices.
There was quite a bit of head scratching going on,
and occasionally a few choice(ish) words,
which just seemed to pop out without warning,
when the hammer got too close to the finger!!
But I got to this stage by the time the child returned... 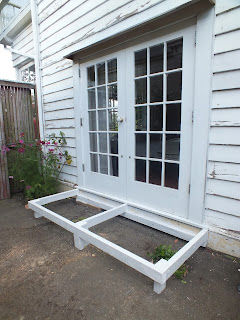 Next day I quickly realised
that I would have to put some more cross bit thingies in between,
cos when I sat the top boards on,
and tested them,
they bounced!!
Not quite the effect I wanted.
So I sawed and hammered some more,
and finally ended up with this... 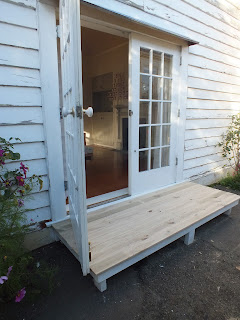 Now I know that this little step
is no design masterpiece,
and I'm not quite ready for the ranks of master builder,
but hey,
I am impressed,
just because it's there!!
And...
the child told me,
with a shy little grin,
that actually, Mum,
he said,
it looks quite good :))
Did I say that I love being right!
Now I can paint it,
and then decorate around it,
and I will have my pretty little entrance.

I've been stitching and knitting this week,
things for the studio.
If you visit the Stitcheryroom blog,
you'll notice a slight change.
I've renamed it -
now The Maker's Studio.
I'm just starting to set it all up for the winter,
and I'll show you over there.