Have a happy and relaxing Easter holiday - indulge in a little bit of chocolate (or lots!) and some hot cross buns - and enjoy:)
Happy Easter!
Posted by Jenny at 2:18 PM 1 comment:

I'm not sure about the rest of the country, but down here in the south winter seems to have arrived slightly early. These past few days have been shiver weather!! But, that can only mean one thing - more stitching time! Cos it sure ain't gardening time!! So I've been playing a little in the sewing room - made a start on a quilt for the wall of one of my guest rooms - this is the pile of nine patch I started with a couple of days ago ... 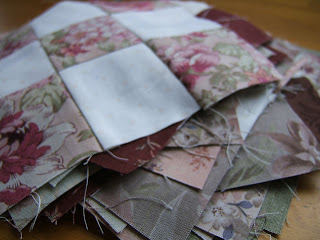 I'm thinking that tomorrow could still be playtime in the sewing room, so hopefully the pile will be joined with strips by tomorrow afternoon. I also finished the little bag that I did the button stitchery from ''Stitch with Love'' for - I'm happy with my wee bag. 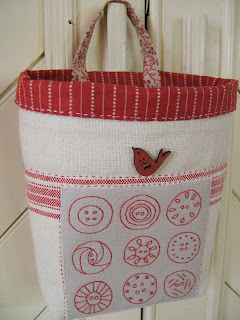 Been rearranging some ''stuff'' upstairs and decided to hang a couple of quilts in the office room - I have the perfect wall - big and out of the direct sunlight - I chose this one to hang - you can see it's been folded for far too long, judging by the fold line down the middle, but it's already looking better after hanging for a few days. The quilt is one of Barb Smith's designs - the Company of Angels - love it :) 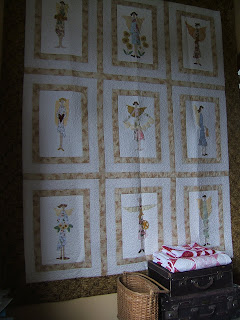 I stitched this sweet little door hanger for a friend - a very late birthday present! Filled it with some lavender from my garden and posted it off. It's a Kathy Schmitz design - lovely to stitch. 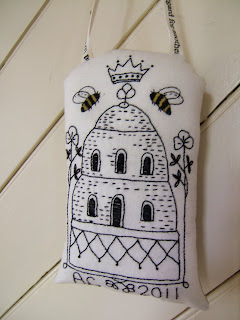 I'm stitching another of her designs at the moment - more of a sampler - with bunnies on it, of course. It's rather large so might take a while, but it is quite addictive - there have been a few late nights stitching.

Found this wee sweetie on a walk yesterday - it was on the grass verge right beside a fairly busy main street and I must admit I did feel like a bit of a nutter getting down on all fours to take this pic with cars whizzing by - but it was worth it. 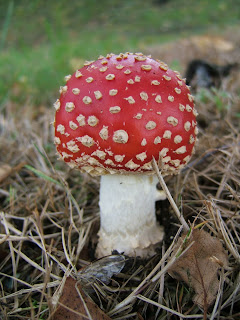 I have the oddest feeling that somebody stole March!!! Pinched it, right out from under my nose - quietly slipped in when I wasn't looking and just plain took it - either that, or I have no concept of time any more, which is related to age or so I am told by the child every so often (once too often, some times!)


I was reminded today that it's been way too long again since I've been here - so, I'm back, and here's what I've been doing:)). Actually, when I think about it, I do know what happened to March - I've been stitching lots of bits and pieces for Barb - love to show you, but I can't! I was having a ball - stitching up some of her fabulous new designs and buttons stories - you'll be able to see them over on her blog - www.theodoracleave.blogspot.com/. Barb has the most gorgeous adorable bunnies, just in time for Easter.

I've got bunnies on the brain - I got some of Stacy Nash's fabulous new patterns recently and she had one for a Spring Hare pincushion - I resisted the urge to start it for all of about two hours!! So here's the bit I've done - the Spring Hare is still to come - he's on the other side:) 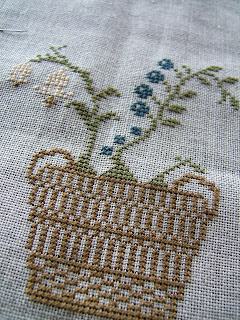 And the knitting urge took hold too - it's been ages and ages since I've knitted and I just wanted to knit something really really simple - so found this chunky wool, some chunky needles and started knitting - I've done the back and now thinking about how to do the front - in one piece or two?? 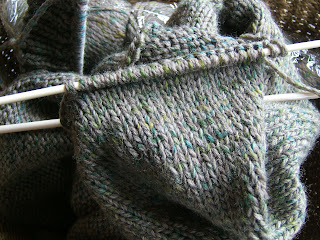 These cute little button designs are from another book I've recently got in stock, called Stitch with Love. I stitched them on Saturday night - I've got a little bag I want to make and these are going to look perfect on the outside. 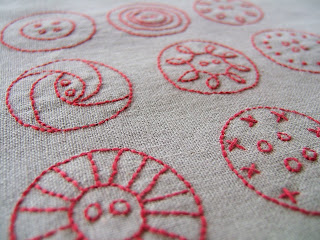 Jake and I took a short trip up to Geraldine for my Mum's birthday last week. We were given strict instructions that there were to be no presents!! But you can't not take a present can you - that wouldn't be right - so I made her some little covered coathangers - didn't think she could get too cross about that :)) I filled the little hanging hearts with lavender from my garden and was quite pleased with the finished effect. 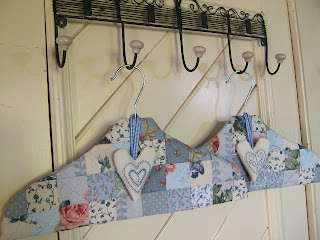 Mum has an incredible flower garden - wish I had half her talent in that respect. These beautiful blooms are from her garden. 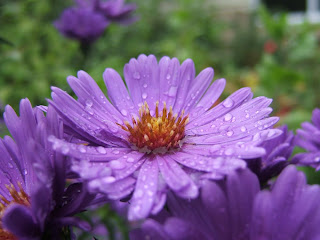 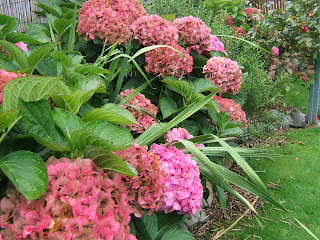 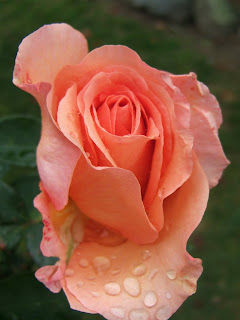 This week I've been forced to clean out my fabric cupboard (so I could close the doors properly!) As I was sorting and stacking the fabrics I came across a couple of piles of fabrics I had put together in the past with intentions of creating something but had completely forgotten about them. This one I had sorted out to do Butterfly Garden, I think - very soft and pastel pretty. I still like it so it will stay together and I just might get round to it over winter. 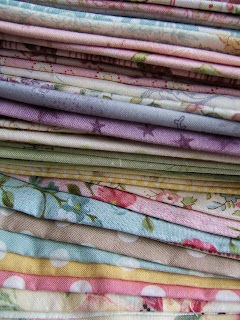 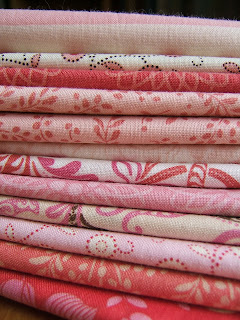 This one I put together as I was stacking - I liked all the soft browns I was finding and then the gorgeous orangey fabrics just seemed so perfect - so it has possibilities too. 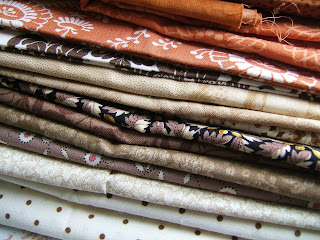 So that's what I've been doing, and a bit of other stuff as well -like ordering some new goodies for the StitcheryRoom. I'll be posting some pics of the new ''stuff'' on the StitcheryRoom blog, hopefully today. I haven't been there for a while either, I know :)) But that's about to change - have got lots of new stitchy things coming in and I'll keep you up to date over there - http://www.stitcheryroom.blogspot.com/.